It is beyond belief that Traditional Catholics around the globe find themselves arguing on a subject one could never have imagined in a million years: "Miracles at the Novus Ordo mass."  (God help us!)

But since this unfortunate and sad event has become a public reality and caused way too many strives, I think it is worthwhile trying to bring some plain common sense to the table, including the one [partially] used by Bishop Williamson when he warns about people thinking the Novus Ordo is good just because this lady is attending it. But first things first.

Let's pay close attention to some statements Bishop Williamson has given at this video conference... Starting with: 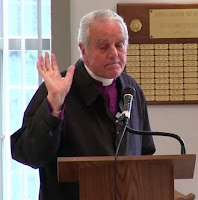 "Archbishop Lefebvre would publicly say 'stay away' from
the New Mass”; (…) "but I am going to stick my neck out in a long way (…)”

So, here we notice His Excellency will consciously oppose Archbishop Lefebvre.

Followed by “I would say that under certain circumstances, like those you [the lady who inquired] mentioned, exceptionally, if you are not going to scandalize(…)”.  The “golden rule” is: “Do whatever you need to nourish your faith, and if to nourish your faith(…) you need to attend a decent Society Mass, [or] just like she [the lady who inquired] spoke about a decent Novus Ordo mass(…) it’s case by case, it’s my opinion”.

“If you are not to scandalize anybody [by going to the new mass], because they [the people] see you’re catholic, you stick to the true faith; and then they see you at the new mass, the conclusion that many will draw is that the new Mass is 'ok'' because you're going to [the new mass], you gotta be careful with that."
https://www.youtube.com/watch?v=vzI4WKwDlPk
(1:54 to 2:20)

"There are cases where even the Novus Ordo mass can be attended with the affect of building one's faith instead of losing it, that's almost heresy in tradition...but that's what I think."
https://www.youtube.com/watch?v=vzI4WKwDlPk
(20:26 to 20:45)

1) It is tragic enough to have Bishop Williamson giving his approval for this lady to attend a "decent Novus Ordo mass" if she thinks she can "nourish her faith in it "; particularly but not limited to, because she lives around a Resistance territory and has stated she goes to a traditional Mass on Sundays. I make this point just to prevent those naysayers who are desperately trying to portray a very "hard situation" where "an old and pious lady in tears could have been isolated on this remote location where all she had was this old Novus Ordo priest coming around every ten years, etc...", or by implying she could be in "invincible ignorance" as some websites have tried to do. Well, that is most definitely not the case since she has mentioned she goes to traditional Mass on Sundays, so it is not really worth dwelling on this illusionary conjecture. But even if this was case, the bishop knows he should have done it privately, not publicly, as he also acknowledged in the video conference:

"The wise thing would probably be to say it in private to this or that person but here I am saying in public, that may be foolish." Bishop Williamson (minute 22:52)
https://www.youtube.com/watch?v=vzI4WKwDlPk
.

2) Now, to add insult to injury: If a poor lady, a "nobody", has to be careful not to scandalize people by her attendance at the Novus Ordo mass, how in the world could God not scandalize every human being on this planet by His own attendance in flash(!) (Eucharistic Miracle) at this very same New Mass?!?!?!?! Again, if people are going to think the new mass is good because this poor lady is attending it, how PERFECT and BEAUTIFUL wouldn't they think the New Mass is if God Himself is attending it in a extraordinary, wonderful, miraculous manner?!?!?! 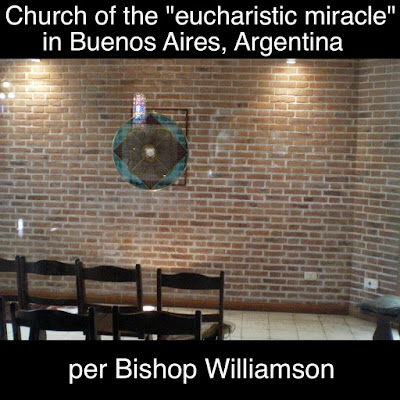 The other thing the naysayers have desperately tried to do was to justify this nonsense by shifting the problem to one regarding valid consecrations within the Novus Ordo, this has absolutely nothing to do with it. A valid consecration may occur in the Novus Ordo mass, or for that matter even at orthodox schismatic masses,  but the reason is just because it might happen they fulfill the requirements laid down by the Church: Proper Form, Matter and Intention to do what the Church does! That doesn't mean God, who is Order Himself, would put his stamp of approval upon a disordered (not God centered) and intrinsically evil rite of mass; a bastard mass.


St. Thomas Aquinas and the Church, pardon my pleonasm, have said God may use “wicked men to perform miracles" [Summa II, II, q.178, art.2], but  NEVER to confirm their false doctrine (ibid).


Now, how can a tremendous miracle, such as the “Eucharist Miracle”, be performed at the Novus Ordo Parish, with a Novus Ordo Priest, during a Novus Ordo Mass, and not be perceived as a "confirmation of their false doctrine"???  It is mind boggling.
[Read first paragraph of point #2 again]


God can only take good from evil if such evil ends it up as a foolish mean [or converted], not when the foolish is [not converted] and perceived at the end as "approved, promoted, confirmed, gifted, special, extraordinary..", otherwise God would be encouraging souls of embracing errors which would most definitely harm them. If the Parish, after the alleged “miracle”, would have started to be persecuted by the Diocesan Bishop for rejecting Communion in the hand, the new mass, new sacraments, Vatican II, etc., we could at least be sympathetic to it until the Catholic Church (not the Conciliar) were to give her permission / approval to believe in it. God cannot contradict Himself and work in a disorderly manner, my dear readers! "C'est impossible", would say the Archbishop. But since the Church and her legitimate authorities have been taken by the modernists, we are stuck! Simple as that! However, let’s not despair since miracles of this nature are not necessarily for our salvation. Keep the true Faith, the miracles of Our Lord and the legitimate miracles of Our lady and the true Saints.

If some traditionalists are willing to argue, however, whether or not the New Mass teaches a false doctrine, or if a Eucharistic Miracle wouldn't necessary imply at least a great danger to be perceived by many as an approval... Then their mind are like a cart off the railroad, there is not much one can do other than pray, to paraphrase Bishop Williamson.

Also, whoever has mentioned "Caiphas prophesing" as if this would prove God may also use the Novus Ordo Mass (as portrayed by Bishop Williamson), has to be very disingenuous for bringing that up. It is true Caiphas prophesied  but "he confirmed a TRUE DOCTRINE": The doctrine of the death of Our Lord. This is in perfect harmony with what St. Thomas said it is a possibility; "a wicked high priest" (Not a pagan, a heretic or schismatic mind you) who God has forced him to "confirm a true doctrine"! The "happy death!" He most definitely didn't look special nor has he made an impression for such a miracle of prophecy, instead he looked like a fool who was forced to announce the salvation of mankind.  I heard people bringing it up the "argument" of the cloak of St. Juan of Guadalupe as well... Excuse me?! What does that have to do with "eucharistic miracle" of the Novus Ordo Church in Buenos Aires??? The cloak of St. Juan of Guadalupe was (is) a Catholic Miracle performed way before the modernists  have taken our buildings, and having it as hostage at the modernist's hands, it will not validate the Novus Ordo.  The same would apply to any other CATHOLIC miracle in which the modernists have their hands on. Or are we supposed to think St. Januarius, and his liquified blood, is very pleased with Francis?! Or are we bound to believe such specific event is legit?!?! Oh please!

I'll give the readers another fittingly analogy: God can use a prostitute (wicked) to bring about a true doctrine (e.g doctrine of Hell, conversion by Charity..), but God most definitely could NOT have used an illicit and immoral mean (brothel) to even remotely be perceived as approved by God.
Does that mean God could not work miracle in brothels then? Well, if the poor women would have given a testimony of  the true doctrine (conversion, etc..), if the doors of the business had been closed, if their neon lights had ceased to blink at night, etc.; again, we could at least be sympathetic to such a "miracle", although we could still not publish as such, since this is strictly the job of the Catholic Church and her legitimate authorities, not of any bishop running on a supplied jurisdiction.

My emphasis on the necessity of the approval of the Church from her lawful authorities seems to be necessary because people are completely disregarding it. And just to show how strict and serious this "business" is, here's a perfect example: In 1904, 50th anniversary of the Immaculate Conception, Pope Saint Pius X, of blessed and glorious memory, received in Rome around 200 hundred doctors from St. Luke Society. Pius X was initially thinking about invoking some cures which have taken place in Lourdes but  he "hesitated and aborted the idea of declaring some of these miracles from Lourdes (!)". The reason why was because although "the team of doctors had already given their recognition, they had not been canonically approved". He also stated to Dr. Boissarie in a private audience that "The word miracle should not be imprudently uttered because we live in times which more than ever may evoke a suggestion..."
(O milagre de Lourdes, Yves Chiron - O local do Milagre pg. 109)

"A saintly Pope waiting for the 'proper canonical approval' of the Church from which he is the head...". Maybe we should learn a finger or two of his humility and prudence. 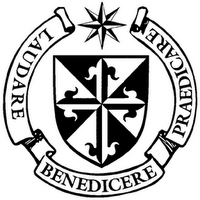 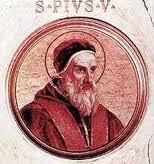 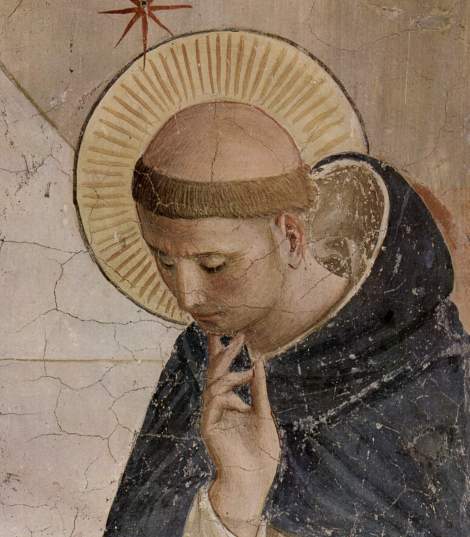 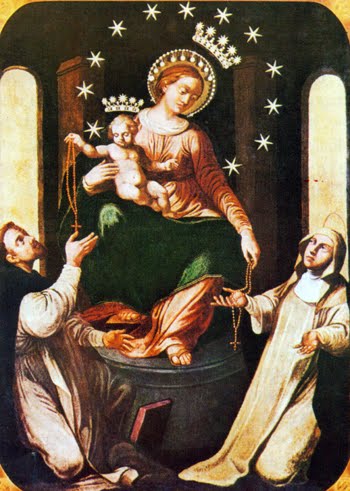 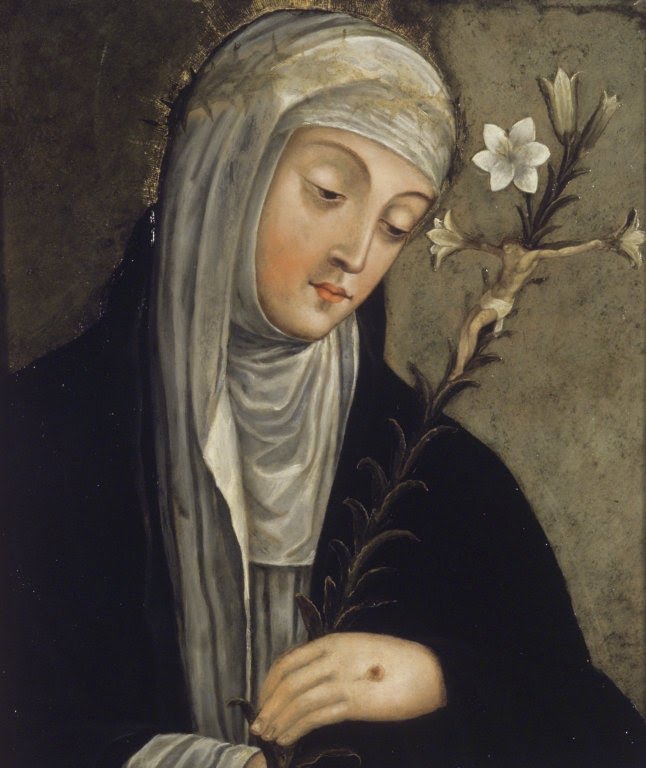 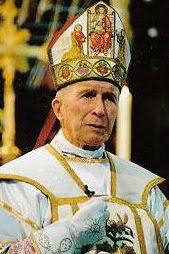 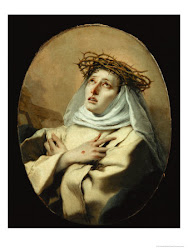 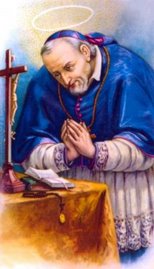 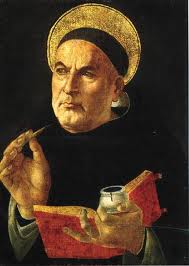 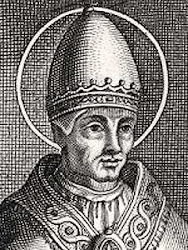 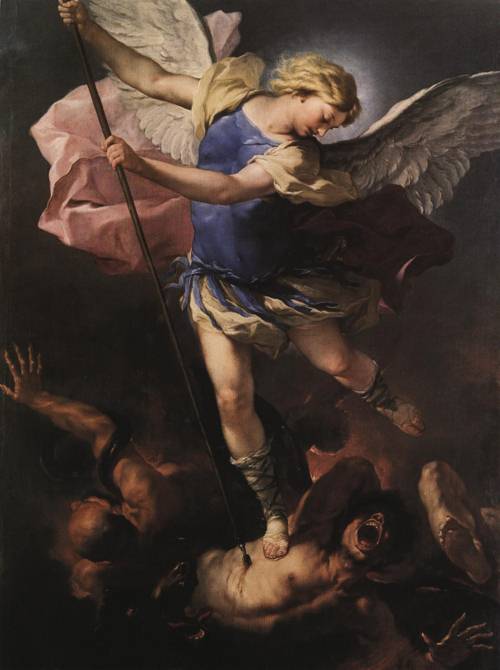 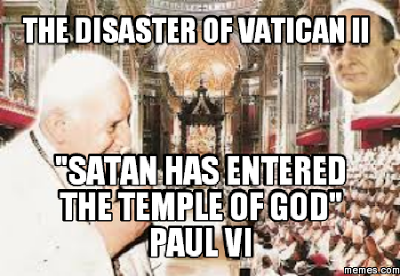